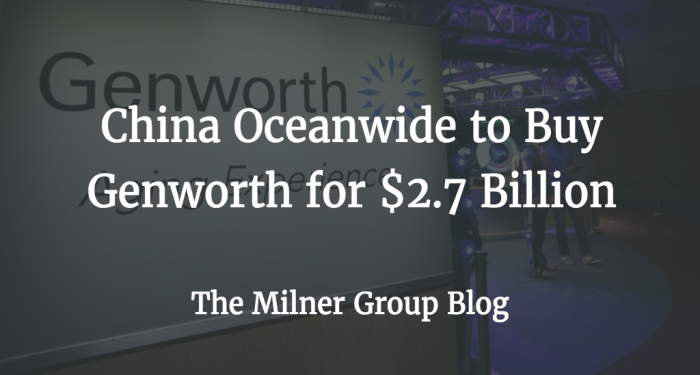 China Oceanwide has agreed to purchase Genworth in a $2.7B cash deal.

This is another example of a new trend of Asian companies buying their way into the American insurance market. In addition to the purchase price, Oceanwide plans to pour another $1.1B into Genworth to cover its debt, as well as to invest in the life insurance business.

There is plenty of hearsay about this deal, so we’ve simplified all the noise into exactly what you need to know. Here are the 5 most important things you need to know about the Genworth deal.

During a transition, conversion options are often affected and may no longer be the best situation for your clients. Contact us to get a list of your current Genworth policy-holders.